Day 19 – Wandering along to Missoula – Montana 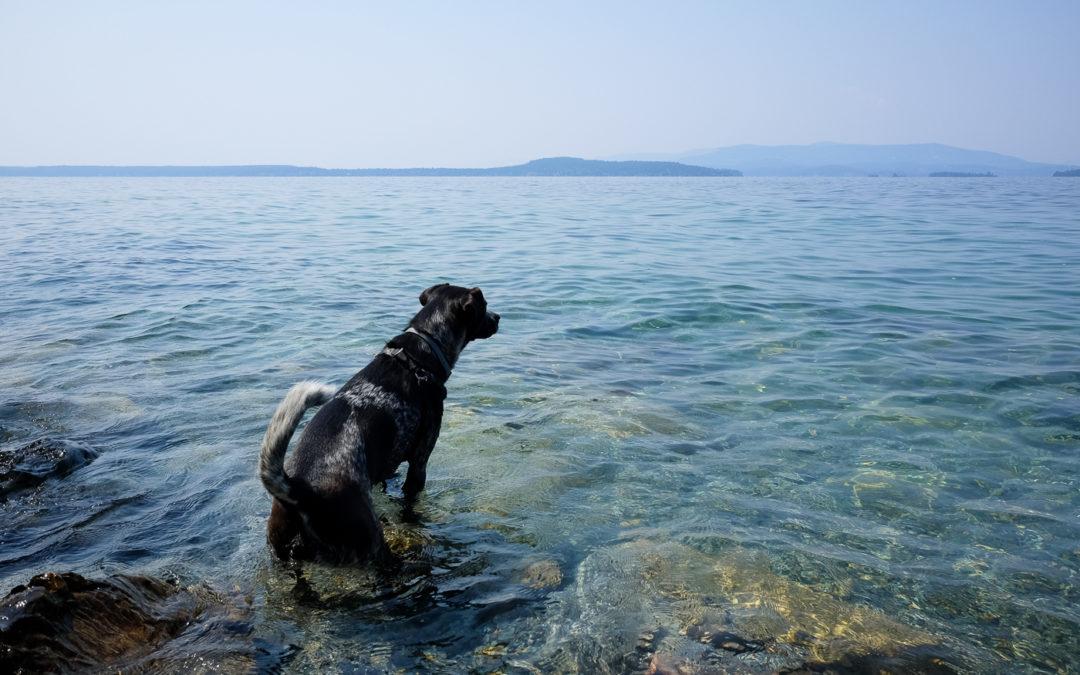 Before we checked out and headed down to Missoula, we talked for a little while with Sean and Shannon who were in the Airstream next to us. They’re originally from Colorado, and have been full-timing for the past 5 months with their 3 kids, 1 dog and 1 cat. Their kids were super polite and really enjoyed playing with Cooper. It was neat to meet people who were full-timing, as it’s something Jay and I have talked about quite a bit over the years. In fact, it was the original plan and why we purchased Jowanda the Airstream. 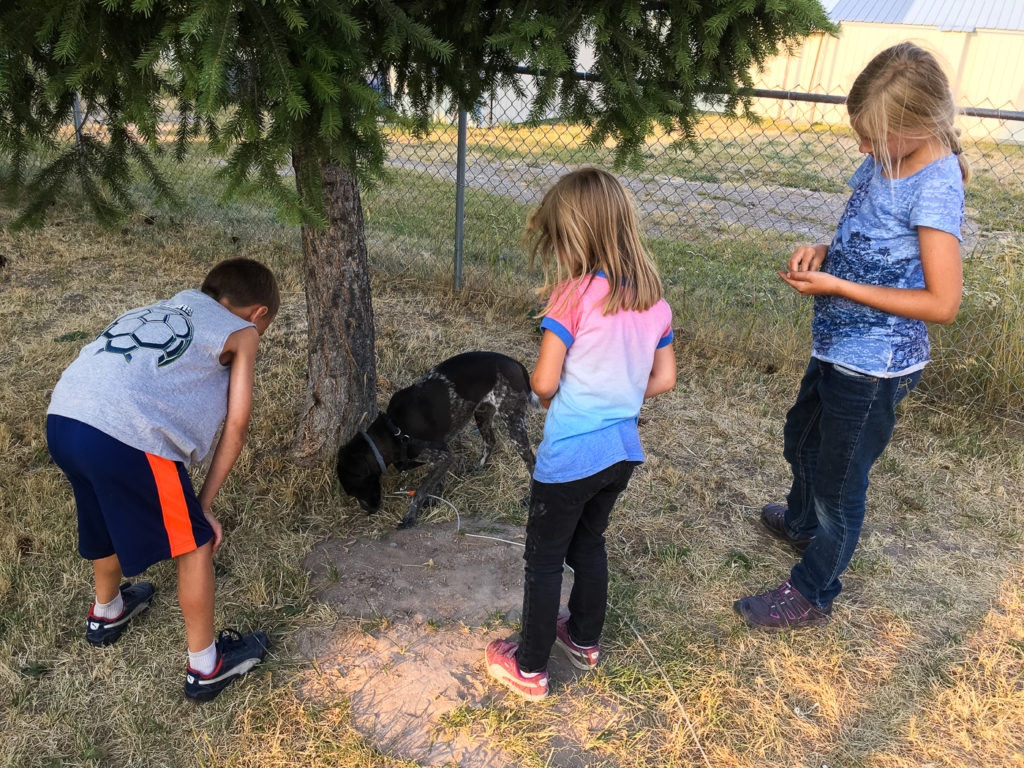 Shannon explained that they just sold their house and most of their things and hit the road. She made it sound really easy… and maybe it is. But for now, Jay and I are content with this first trip and where it might lead.
En route to Missoula, we stopped briefly to check out Flathead Lake. 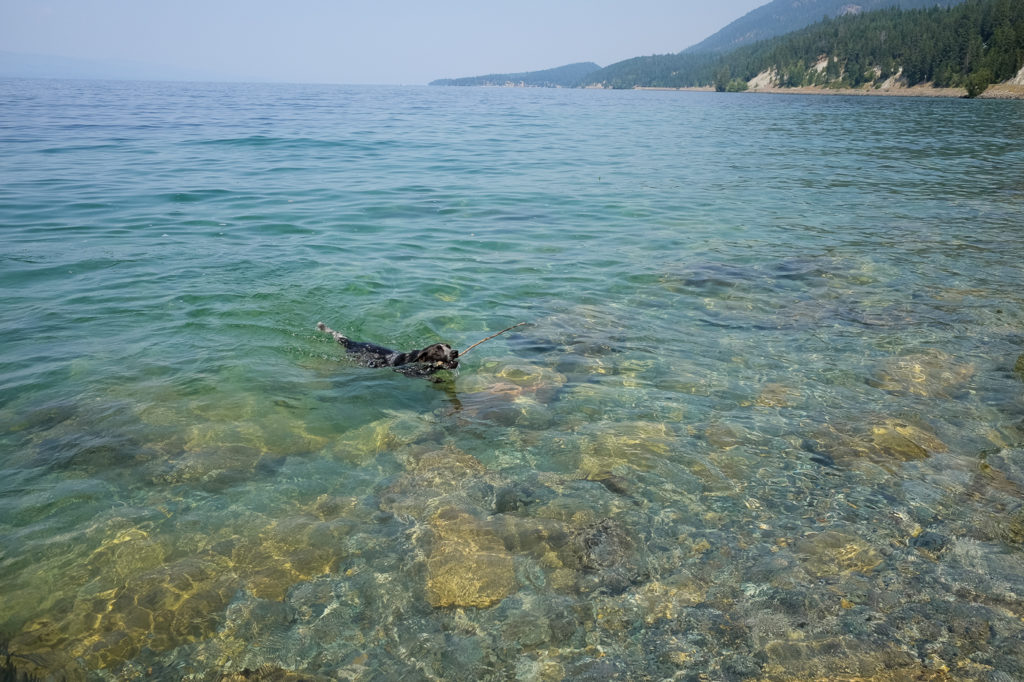 One of the downsides of driving a giant trailer is that it’s difficult to pull over quickly. But luckily, we were able to find a pull-off large enough to fit us and we made our way down a technical descent to the lake. Beautiful clear water – Cooper dove right in, we followed. 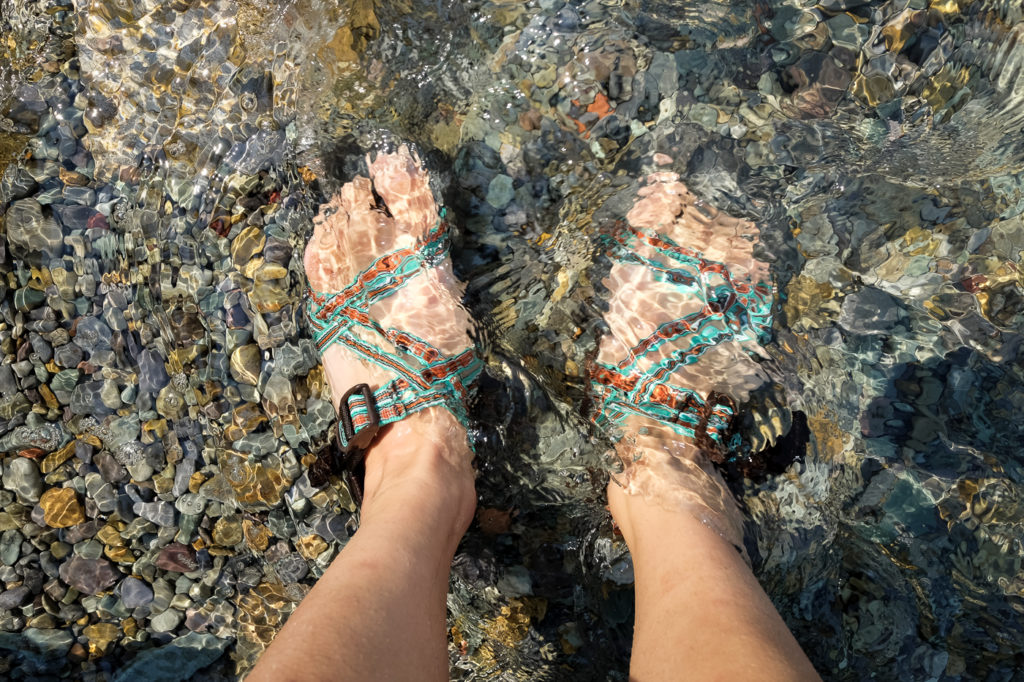 The Flathead Lake area is known for its cherries.  Knowing that I’m mildly allergic to them, I still ate one, and immediately my mouth/throat was itchy for 20 minutes. But dang that 1 cherry was quite worth it. 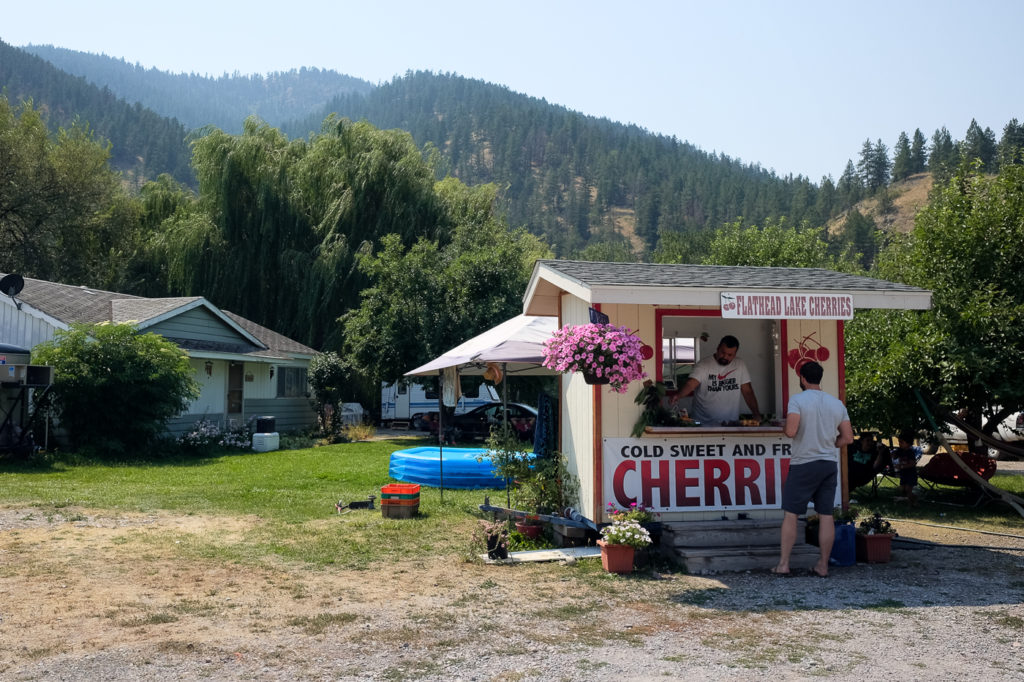 After getting into town and setting up camp at the Missoula KOA we headed downtown, grabbed a beer at Tamarack Brewing and then watched locals enjoy the river. 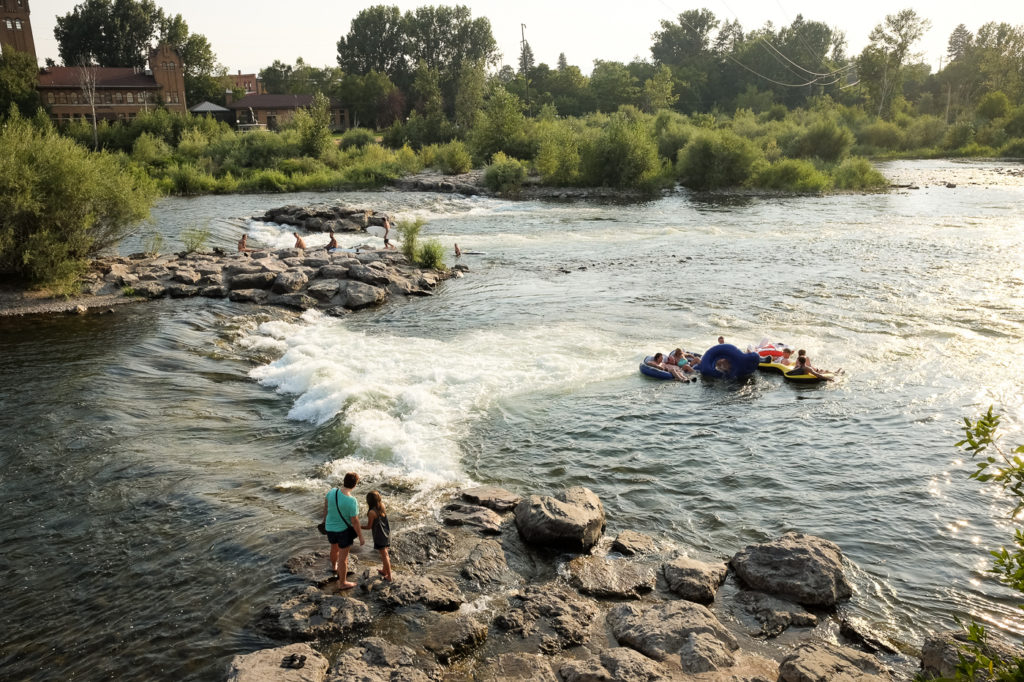 We headed back to KOA to make dinner and relax a bit. As you can see, Cooper was quite relaxed in the firepit for some reason. 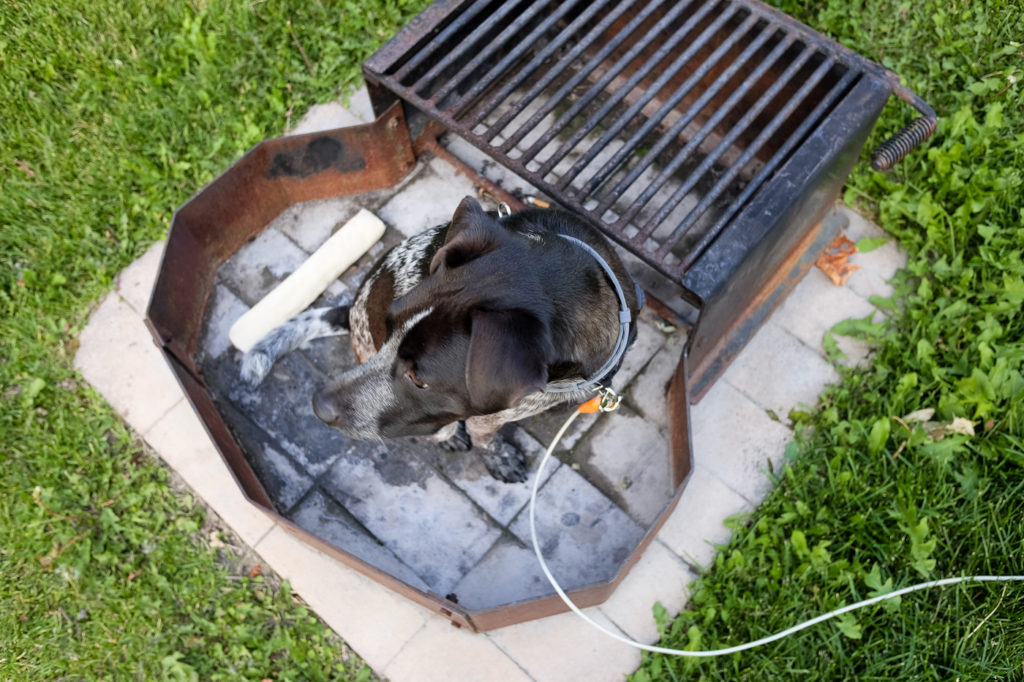